"129. One Animatograph. This was the first projector constructed by R.W. Paul of London, to give the first public displays of moving pictures at the Alhambra Theatre, Leicester Square, London, in opposition to the displays at the Empire Theatre. This machine is complete on the original iron pedestal stand, and has a silken bag in front mounted on an iron hoop to receive films after showing. It is also fitted with the original lamp house and lens, and was sold to the late Mr Carl Hertz, the magician and card manipulator, who toured it through Africa and the far East after nine week's use at the Alhambra, March, 1896" (Will Day, Illustrated Catalogue of the Will Day Historical Collection, Londres, s.d., [1934], p. 21).

John Barnes, The Beginnings of the Cinema in England, Londres, David & Charles, 1976. 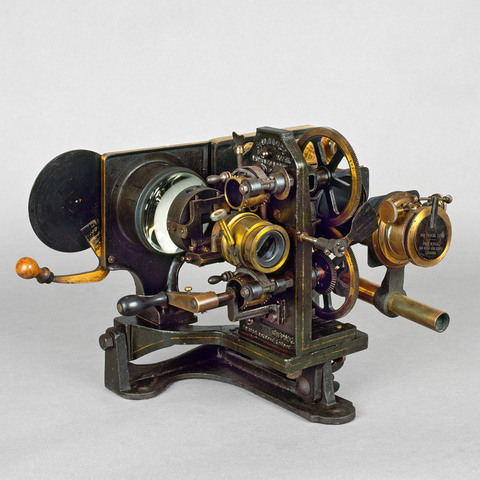 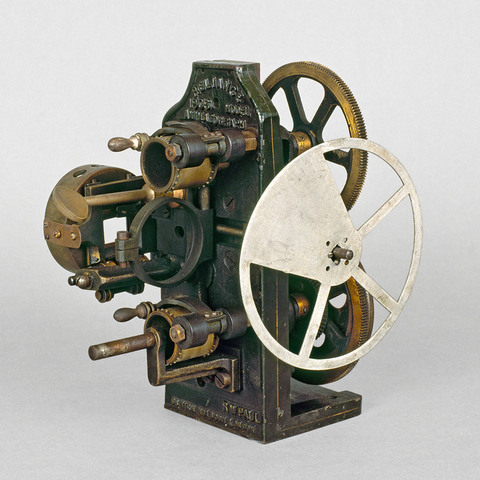 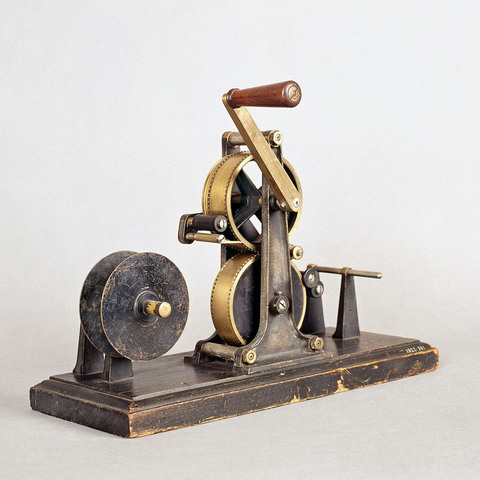 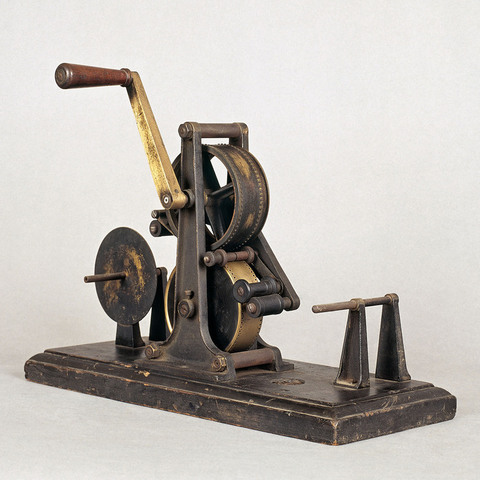 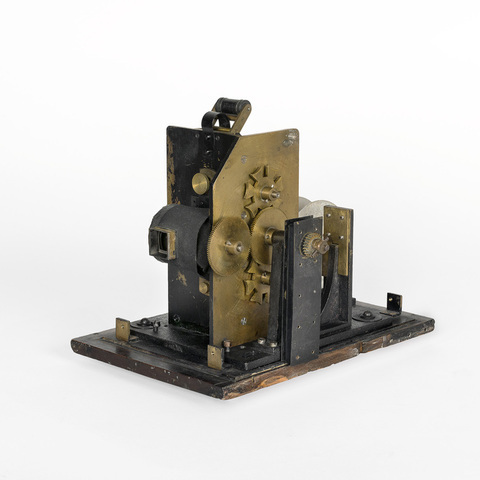 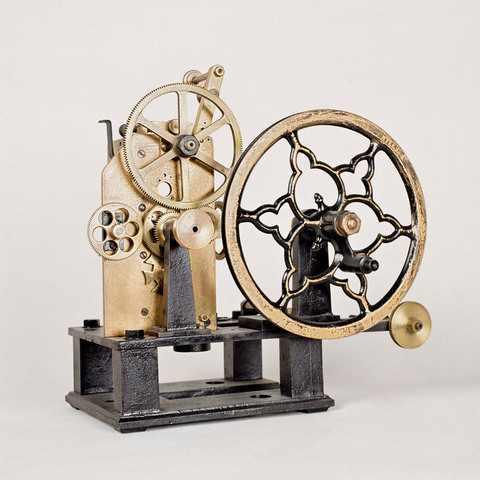 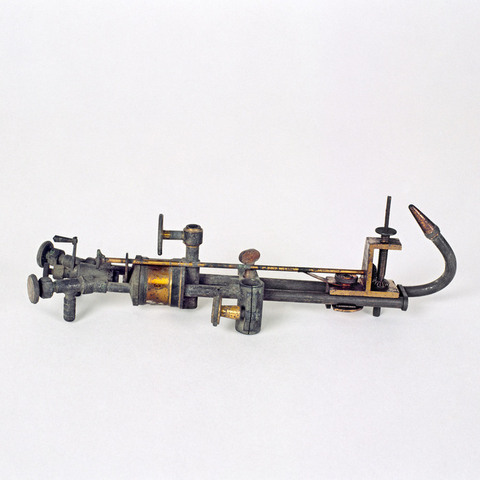