"102. One life in the lantern. A later development of the Bio-Phantoscope, by John A. R. Rudge, a native of Bath, England. This instrument is historically of the utmost importance as it is the actual projector conceived and made by Rudge in 1872 to teach the first inventor of commercial kinematography, William Friese-Greene, how to make a photograph move with life-like actions upon the screen, and was used by Friese-Greene for demonstration purposes at his Piccadilly shop, where it caused such crowds to assemble that the police ordered it to be removed. (...) This is the first example in the world of trick photography being used for projection upon a screen, and is made up of a composite photograph using the head of J.A.R. Rudge and the body of William Friese-Greene ; made at Bath, 1872" (Will Day, Illustrated Catalogue of the Will Day Historical Collection, Londres, s.d., [1930], p. 18).

"Aug. 20. 1927. "Sharnbrook", Straight Road, Lexden, Colchester. To Mr. W. Day, Dear Sir, The Instrument I have sold to you this day is the original authentic instrument entitled "Life in the Lantern", and purchased from John Arthur Roebuck Rudge of Bath, by me on January 20th 1882, together with the seven slides depicting the late Mr Rudge, taking his head off body & placing it under his arm, shown to me first by himself in his kitchen on the day of purchase. I remain, yours respectfully, J.H. Willoughby. P.S. Enclosed please find the slip taken from my pocket book, containing the entry of date & amount of purchase money paid to Mr. Rudge. J.W.W." (Archives CF Will Day, W.D. C 37 / 831).

"There is much uncertainty about the date of the Biophantic Lantern. The pioneer collector and historian Will Day, who eventually owned it, dates it variously in his writings as 1872 and 1875. Edgar Rudge believed that the latter date was correct, as does Raymond Newport. Since Friese-Greene and Rudge only met in the early 1880s, the set of slides on which they collaborated cannot have been made before this time ; but Raymond Newport correctly points out that it is by no means impossible that there were once other sets, made by Rudge alone before the meeting with Friese-Greene. We can be more certain about the terminal date, since Rudge seems to have sold the apparatus in 1882 to a certain J. Willoughby of Bath, who exhibited it in the Bath district until 1886. Will Day - who rediscovered and purchased the Biophantic Lantern more than forty years later - said that with it was the original recepit for its purchase by Willoughby for £ 5 10 s., dated 20 Januray 1882" (David Robinson, "The Motion Picture Experiments of John Arthur Roebuck Rudge", The New Magic Lantern Journal, volume 8, n° 2, octobre 1997, p. 5).

Will Day, "The Progenitor of the Motion Picture Projector", The Year's Photography, Vol. LXVII, 1927. 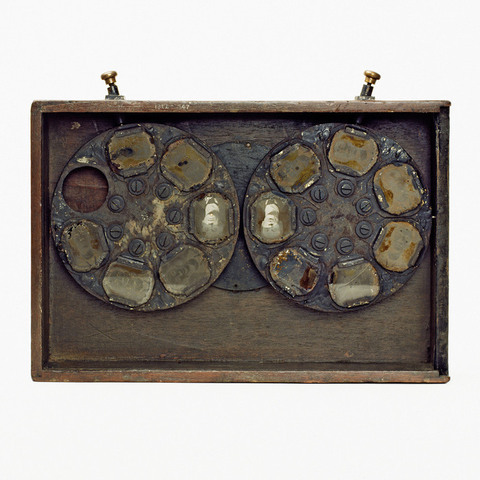 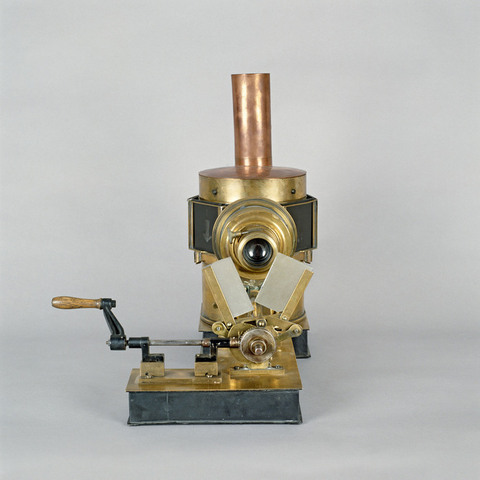